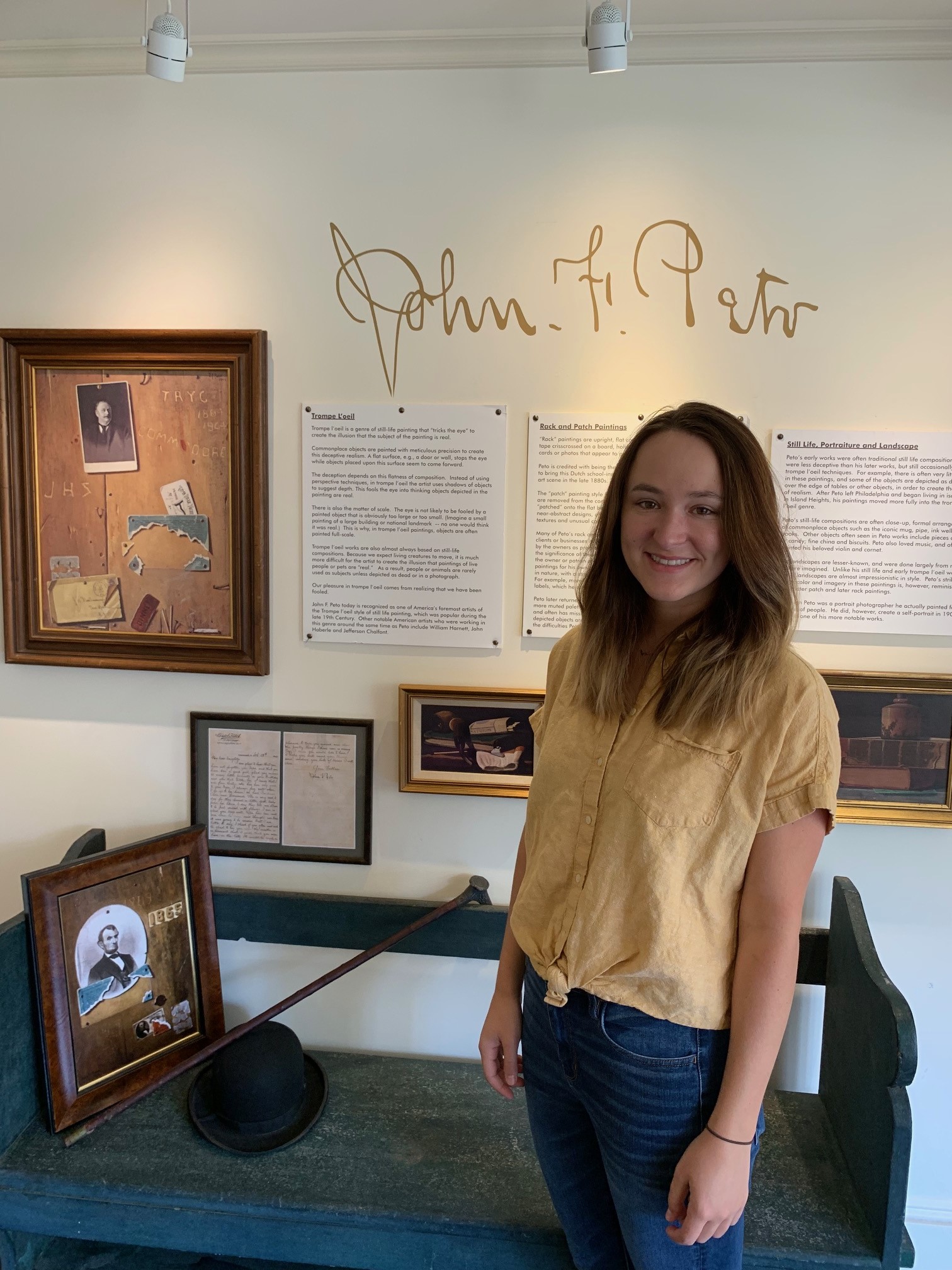 Ruxandra Bageac, 24, of Toms River, has been selected to present at a colleagues’ conference in London, England on research and scholarship centered around artists’ preserved homes and studios in the United States and United Kingdom. The prestigious conference is a collaboration between the Paul Mellon Centre, Henry Moore Foundation, and Historic Artists’ Homes and Studios, a program of the National Trust for Historic Preservation. Ruxandra, an intern with the John F. Peto Studio Museum in Island Heights, will be presenting “Authenticity at Odds with Accuracy: Educating with Aging Objects at the John F. Peto Studio Museum,” as an independent scholar.

“We are so proud to have Ruxandra represent our museum internationally,” says Gabriella Heizler, executive director of the John F. Peto Studio Museum. “Ruxandra is one of only eight Americans and sixteen presenters who were selected from a field of more than 50 applicants, a nod to both her professionalism and knowledge of art in its historical contexts.”

“I’m extremely excited to talk about all of the original items we have from John F. Peto, and also to learn from other people working in similar preserved homes and studios,” says Ruxandra. “I’m really thankful for the opportunity to represent our local museum across the pond!”

The John F. Peto Studio Museum, located in beautiful, historic Island Heights, New Jersey along the Toms River and Barnegat Bay, features the home and studio of John Frederick Peto (1854-1907), the renowned late 19th century American still life painter in the trompe l’oeil style. The non-profit studio museum is one of the National Trust for Historic Preservation’s historic home museums, which documents the aesthetics, work habits and lifestyle of a significant American artist. The house (constructed in 1889) and the gardens have been professionally restored to preserve the integrity of the artist’s vision. Original furnishings capture the home as it would have been in Peto’s time along with displays of original artifacts as depicted in many of the artist’s paintings. The museum offers a variety of programs, including rotating exhibitions, educational programs, a cultural lecture series, garden programs and special events. The John F. Peto Studio Museum is part of the Island Heights Historic District, listed on the National Register of Historic Places in 1982. The district and its architecture have allowed the town to remain a resort and recreation-oriented destination, which retains its late 19th century ambiance. This not-for-profit home and studio is dedicated to preserving Peto’s legacy by maintaining the historic property as a working museum, fostering educational opportunities and serving as a partner in the community. To learn more, please visit http://petomuseum.org/