Part of the mission statement of The John F. Peto Studio Museum is “…fostering educational opportunities in the arts and partnering with the larger community.” The rich history of this museum relies on many people from the past, the present and the future. Therefore, on behalf of the Board of Trustees, I would like to thank some remarkable groups and individuals who have made this exhibition possible:

Past: Ocean County Cultural & Heritage Commission, for their continued focus on the arts and culture of the Ocean County communities;

Past and Present: The family members of Edward Boulton, for their generous loaning of prints and paintings;

Present: The Pheasant Hill Foundation, for additional funding of this exhibition;

Present: Roy Pedersen, for having the foresight to curate the collection of art, photography, and sculpture of Thomas Eakins. Mr. Pedersen was instrumental in making the connection with Eakins and New Jersey, as well as providing the research materials and access to the artists’ work;

Future: Samantha Kook, for her biography about Thomas Eakins. Samantha is an art history major at Drew University and a recent volunteer at our museum.

And, as always, past, present, and future: to the friends and families of the John F. Peto Studio Museum, a special thank-you!

Thomas Eakins (1844-1916), one of America’s greatest realist artists, was a painter, photographer, sculptor and fine arts instructor who made the human figure the center of his work. He was born in Philadelphia in 1844. He studied at the Pennsylvania Academy of Fine Arts (PAFA) from 1862 to 1866, and also attended anatomy lectures at Jefferson Medical College and was involved with Philadelphia’s many artists, galleries and fine arts exhibits. Between 1866 and 1870, Eakins studied in Paris at the Ecole de Beaux-Arts under Leon Gerome (1824-1904) and briefly with the portraitist Leon Bonnat (1833-1922), and spent a winter in Spain.

When he returned to Philadelphia, he was among those artists who helped to shift the American focus on landscape to the more European focus on portraiture and figures, such as athletes and models. Considered a Realist, Eakins became renowned for his anatomical accuracy of the human body through the media of oils, watercolors, photography, and sculpture.1

As a young man he was athletic, and much of his work reflected this interest in athletic and outdoors activities. At the same time, some of his work was dark and brooding, depicting women and children in shaded interiors. His most well-known work is his painting The Gross Clinic (1875).

Although primarily based in Philadelphia, Thomas Eakins also painted and photographed in New Jersey later in life. He photographed swimmers, boats, rowers, and shad fishermen on the Delaware River and in Gloucester and Manasquan, as art in and of themselves, but also as studies for his marine paintings, figure paintings, and stopmotion photographs.2 In Camden, New Jersey, he befriended Walt Whitman, whom he photographed and painted as well.3

While in New Jersey, Eakins maintained a circle of about a dozen artists known as “The Boys,” who were connected to the Arts Students’ League of Philadelphia. Eakins was instrumental in formation of the League in 1886 after a group of his students from PAFA left the institution to protest Eakin’s forced resignation as a professor and director for removing the loincloth of a male model in front of a class of students. The “Boys” included Edward W. Boulton and Charles Bregler, among many others.4

Thomas Eakins died in Philadelphia in June of 1916. In the last decade of his life, his work won several prizes and he served on the art jury at the Carnegie International in Pittsburgh.5 His work was not popular during his lifetime and only a few of his pieces sold during his career. Yet his reputation. grew in the years following his death. In November of 1917, the Metropolitan Museum of Art mounted an exhibit of his paintings, and during that same year PAFA offered an exhibit of 139 of his works. More recently, in 2006, The Gross Clinic was sold by Thomas Jefferson University to PAFA and the Philadelphia Museum of Art for $68 million. 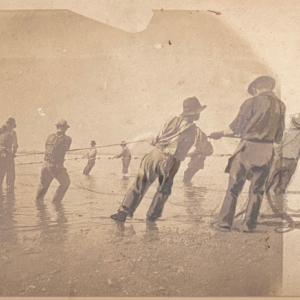 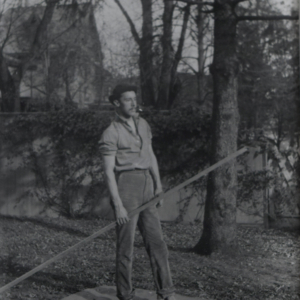 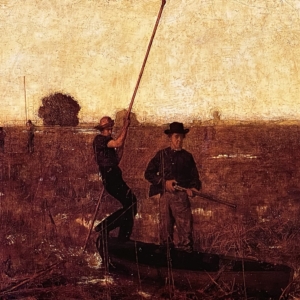 The Artist and His Father Hunting Reed Birds on Cohansey Marshes 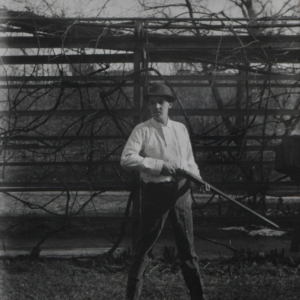 Study for Will Shuster and Blackman Going Shooting

An essay by Roy Pederson

The influence of the Jersey Shore upon a young Thomas Eakins began with his childhood visits to Tindalls Landing in Fairton, New Jersey, where his father, Benjamin Eakins, co-owned a boathouse with his friends. Thus began Eakins’ lifelong attraction to the Cumberland County landscape. Eakins was drawn to the water of the Cohansey Creek and throughout his life enjoyed swimming there. He and his father made trips to Gloucester on the Delaware. A gunning skiff was built for Eakins by Michael Myers, a master boat builder from Fairfield, who maintained the boat as well.

The skiff appears in several paintings by Eakins. Trips to Point Pleasant and Manasquan were also favorite outings for Eakins and his friends as early as the 1870s. Eakins never tired of walking the Jersey Shore.

In 1873, Eakins contracted malaria. Weakened by the illness, he relied upon photographs of himself and his friends posing in hunting activities as studies for his later paintings. Some of the earliest photographs of the adult artist were taken at this time.

By the 1880s, Eakins was focusing his artistic attention on a series of works depicting men hauling nets catching shad in Gloucester, New Jersey on the Delaware River. Eakins took at least 45 photographs related to the activity of seining. The pursuit of photographic realism in naturalist painting (along with a rejection of stale academic formulas) grew in Paris in the 1860s and 1870s. Paris had become the center of a growing interest in the advantages of photography for the young generation of painters, including Eakins.

He was one of the first American artists to cross the threshold into treating photography as an autonomous art. He invoked the same principles he would have used in a painting to compose photographs as aesthetic documents on their own.

Eakins’ photographs are among the first photographic images which seem deliberately composed to also be viewed for their own sake, as artworks, not mere records. In Europe artists were doing the same, but in far off America, Eakins had been the first. 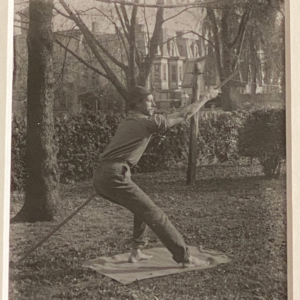 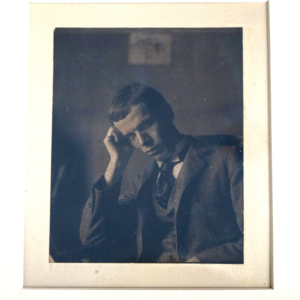 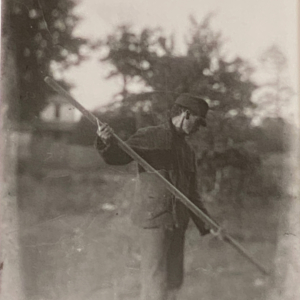 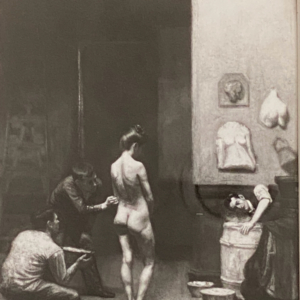 William Rush Carving his Allegory aka Spirit of Schuylkill

Edward (Teddy) Boulton was part of a select group of young artists (“The Boys”) which included Samuel Murray, Edmund Quinn, Charles Bregler, and Francis Schenck. All studied with Thomas Eakins and eventually became part of an inner circle around Eakins that transcended the teacher-student relationship to become collaborators and comrades engaged in the pursuit of art. When Eakins was forced to resign from The Pennsylvania Academy of the Fine Arts in 1886,* Boulton joined him in founding the Philadelphia Art Students League and was soon chosen to serve as its President until its dissolution in 1893. Edward Boulton was the recipient of many gifts from Thomas and his wife Susan. Oil studies, a portrait of Boulton and many glass plate negatives were given in friendship. The photographs in this exhibition come from The Boulton Collection of glass plate negatives that were later purchased by The Philadelphia Museum of Art. Many of the photographs were printed by Boulton’s friend Charles Bregler. In an appreciative letter written to Edward Boulton, Susan Eakins describes the significant quality of “truth” in Boulton’s work. She begins her letter by reflecting upon her memory of him at The League as “such a comrade to all the Boys.” Lloyd Goodrich in his biography of Eakins tells how much Eakins enjoyed the youthful revelry of the parties at The League.

*Eakins was forced to resign because of his insistence and use of a male nude model in a class of Academy students that included women. Eakins, like his friend Walt Whitman, believed in the beauty of the human body and was not ashamed to behave in accordance. 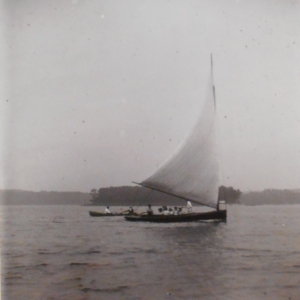 Sailing on the Manasquan 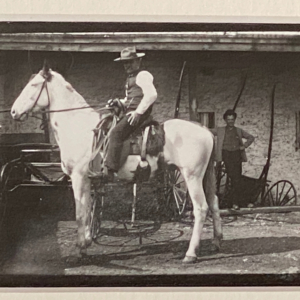 Study for Cowboys in the Badlands 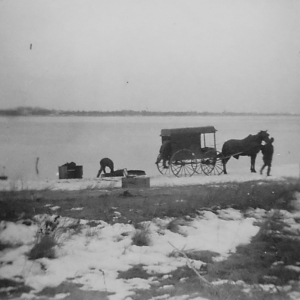 Collecting Ice on the Manasquan River 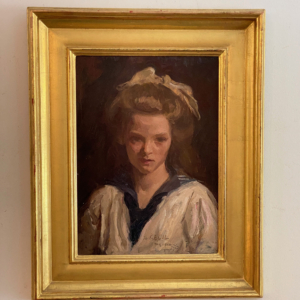 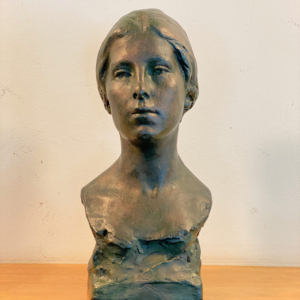 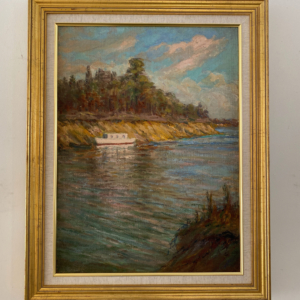 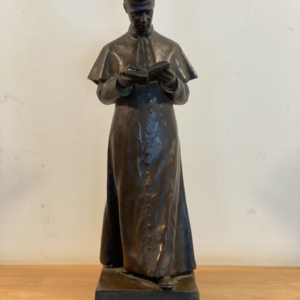 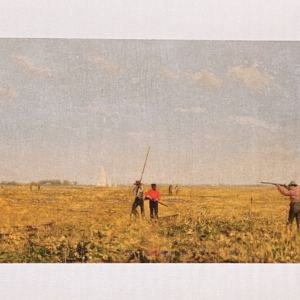